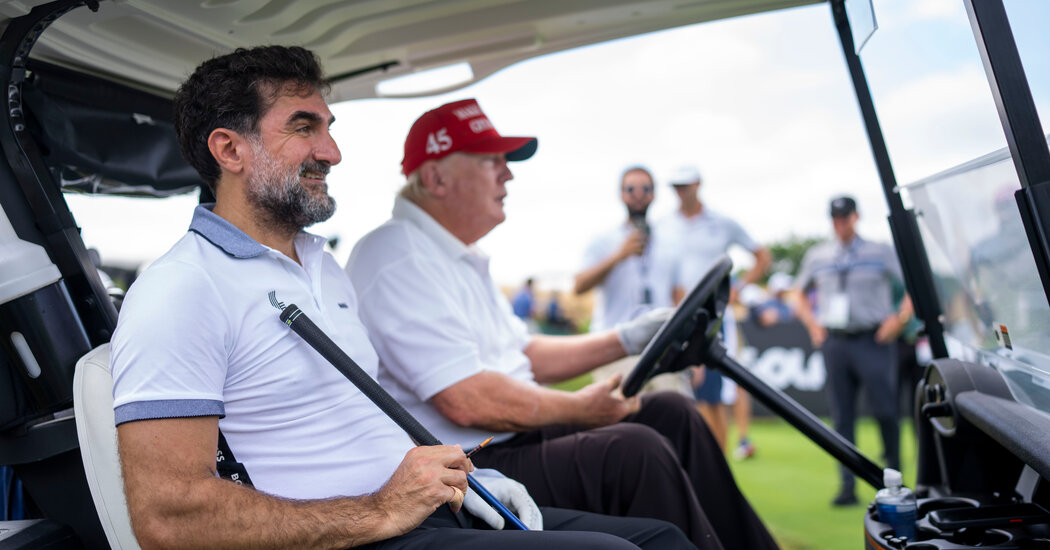 The PGA Tour intensified its legal fight against LIV Golf on Tuesday, when it asked a federal judge in California to let it add Saudi Arabia’s sovereign wealth fund to a lawsuit that has become one of its principal ways to investigate — and try to undercut — the circuit that has assaulted the tour’s customary dominance.

The request, filed in the Federal District Court in San Jose, Calif., where LIV and the PGA Tour have argued for months over matters like antitrust law and contract interference, came as the two sides braced for a ruling about whether tour lawyers might depose Yasir al-Rumayyan, the wealth fund’s governor. The fund, formally known as the Public Investment Fund, effectively owns most of LIV.

But with a judge’s decision pending and potentially months of appeals ahead, the tour sought another way to examine and retaliate against Riyadh’s entry into men’s professional golf. In Tuesday’s filing, the tour also asked to add al-Rumayyan to its suit.

“Documents produced by LIV reveal that P.I.F. and Mr. al-Rumayyan were instrumental in inducing players to breach their tour contracts,” the tour told the judge Tuesday, when it complained that the wealth fund and its leader had been “exercising near absolute authority” over the circuit.

The wealth fund has previously rejected the tour’s accusations that it and al-Rumayyan dominate LIV, which has used condensed schedules and enormous contracts to entice players such as Bryson DeChambeau, Sergio García, Brooks Koepka, Phil Mickelson and Cameron Smith to leave the PGA Tour for the league. LIV, which announced a decidedly modest American television rights deal last week, is expected to begin its 14-stop 2023 season next month in Mexico.

Judge Beth Labson Freeman will consider the tour’s request and weigh factors such as whether the tour acted with sufficient haste to amend its lawsuit and whether its request is in good faith and not a mere stalling tactic.

A Guide to the LIV Golf Series

A new series. The debut of the new Saudi-financed LIV Golf series has resurfaced longstanding questions about athletes’ moral obligations and their desire to compete and earn money. Here’s what to know:

What is LIV Golf? The series is an upstart professional golf circuit bankrolled by Saudi Arabia’s sovereign wealth fund. Its organizers hope to position it as a player-power-focused alternative to the PGA Tour, which has been the highest level of pro golf for nearly a century.

Why is the new series controversial? The event has created sparks within golf for upending the traditions and strictures of how the game is played. It has also become a lightning rod for human rights campaigners who accuse Saudi Arabia of using sports to launder its reputation.

Who is playing it? Several top players and former major champions have joined LIV Golf, including Phil Mickelson, Dustin Johnson, Henrik Stenson and Cameron Smith. But many of the biggest names in the sport, such as Tiger Woods and Rory McIlroy, have stayed away.

What is attracting the players? The LIV Golf events are the richest tournaments in golf history. The first tournament’s total purse was $25 million, and the winner’s share was $4 million. The last-place finisher at each event was guaranteed $120,000. That is on top of the appearance fees and nine-figure signing-on payouts some players have accepted.

How has the PGA Tour responded? The PGA Tour suspended several members among the LIV Golf players after it denied them releases to participate in other events. The Justice Department later announced that it was investigating the PGA Tour for anticompetitive behavior. Meanwhile, the rival tours have engaged in a winding legal battle.

Spokesmen for LIV and the P.I.F. did not immediately respond to requests for comment. The filing was made public late Tuesday in North America, or early Wednesday morning in Saudi Arabia.

Much of the tour’s purported evidence involving the wealth fund, which it was able to gather during its preparations for trial against LIV, is sealed. The tour, though, appears to be relying heavily on a shareholder agreement that it says al-Rumayyan signed and “requires” the wealth fund’s approval for contracts with players.

“To sum up, P.I.F. and Mr. al-Rumayyan recruited players; decided how much to pay them; assured them about their positions and about indemnification from suit by P.I.F.; and controlled the conduct of this litigation undertaken by P.I.F.’s lawyers,” the tour said at the conclusion of a section filled with redactions.

But the tour, the wealth fund has complained, has misconstrued and exaggerated the influence of the shareholder agreement. And in a court filing last year, before the tour received a copy of the agreement, the wealth fund’s lawyers said it “does not control LIV’s day-to-day-operations.” The filing included a sworn statement from al-Rumayyan, who said the wealth fund provided only “high level oversight” of LIV.

LIV and the tour are not expected to face each other at trial until at least next January, and the addition of new parties to the litigation could fuel calls to extend that timeline.

The tour has hardly been alone in seeking a range of evidence for the case. In a filing on Monday, LIV detailed why it wanted copies of communications between six people closely tied to the tour — five board members and a former commissioner — and certain members of Augusta National Golf Club, which organizes the Masters Tournament and has been swept into the Justice Department’s inquiry into antitrust concerns in men’s golf.

“A central component of the tour’s scheme to foreclose competition from LIV was to threaten golfers, other tours, vendors, broadcasters, sponsors and virtually any other third parties if they did business with LIV,” the Saudi-funded circuit said. “Discovery has shown that the tour delivered these threats not only through its own executives and employees, but by dispatching other influential persons on its behalf.”

LIV, just before a redacted portion of its submission, said that “the threat of a change in relationship with Augusta’s members was used as a stick to discourage one of the top golfers in the world from joining LIV.”

In its statement in the filing, the tour said that LIV’s request “goes well beyond the issues in this case, imposes an undue burden on third parties, and exceeds the bounds of relevant and proportional discovery.”

In December, Augusta National said it would not change the standards that govern Masters invitations before its 2023 tournament, opening the door for more than a dozen LIV players, including six past Masters winners, to compete this April.